2.  Arrive at scheduled time along with deposit for 2021 season.

3.  After Sizing  Complete order link provided WESCO to select your sizes and styles.

4.  Uniforms will arrive in April. 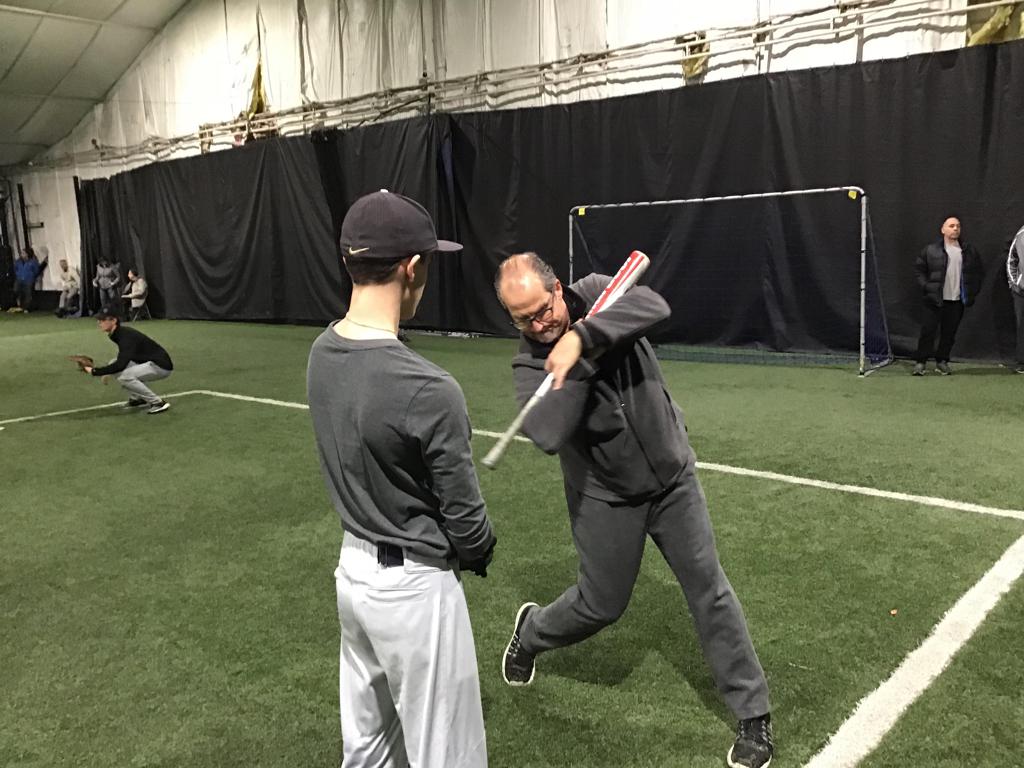 Cancellations due to weather will be posted by 7am. 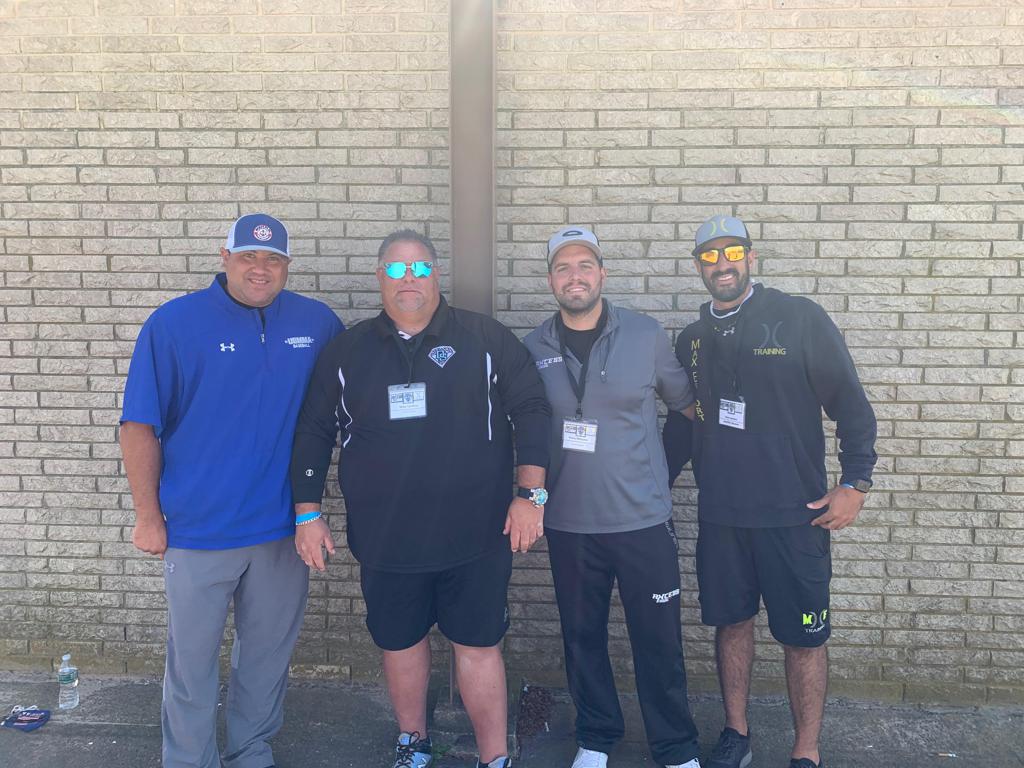 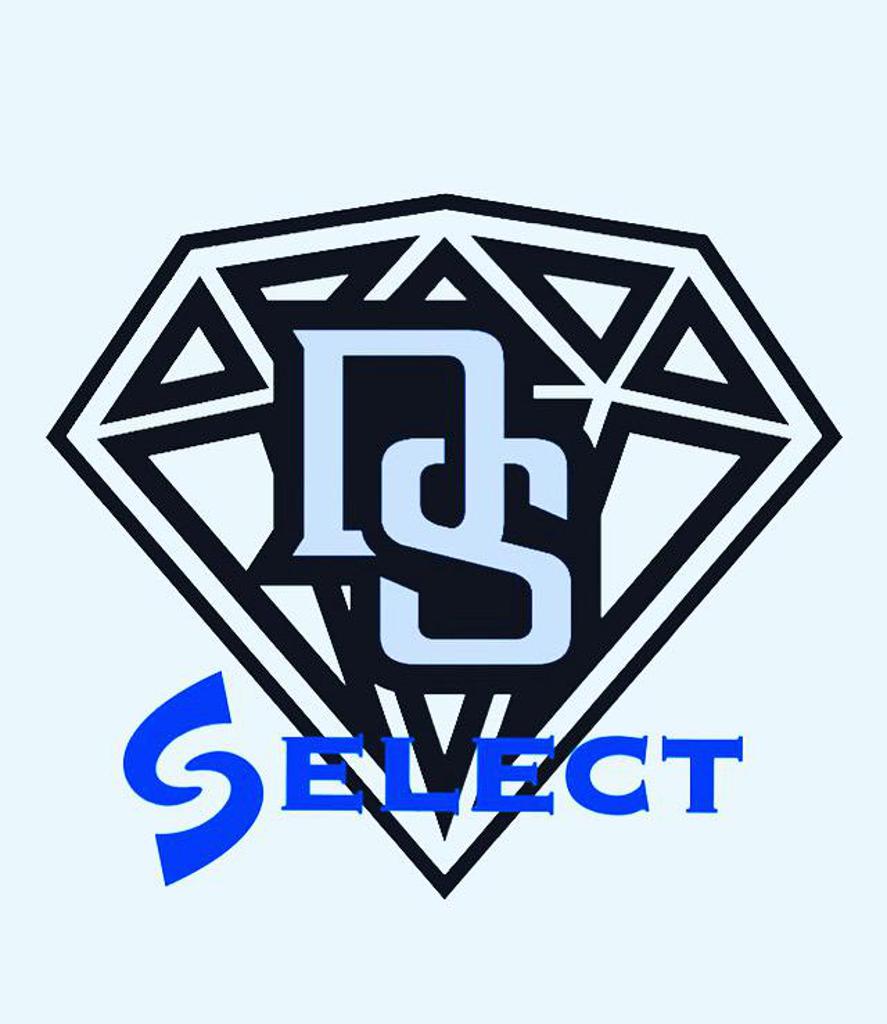 Seeking committed top tier players to join a partially sponsored tournament team.  Team will compete in Boys of Summer Scout Division and 6 tournaments including Perfect Game, USABL, Blue Chips, Maple Zone and Diamond Nation.   Players will have an online recruiting profile and have the opportunity to compete against the areas best talent in a showcase format.  Contact Coach Scott for details or tryout.

Diamond Spikes Baseball is proud to announce its partnership with the NY Cardinals for the summer 2021 season.  Two of the top collegiate organizations on Long Island will partner in the Blue Chip Collegiate League with Three teams for the 2021 season.  Players who are interested can register using the attached link.  Players must be Graduating High School Seniors who will be playing in college or current college players under the age of 23 with NCAA eligibility.

The BCCBL plays a 26-30 game schedule during the summer season with playoffs and an All Star Game.  Teams are coached by professional College Coaches and Former College Players.   For more information contact General Manager coachscott@diamondspikesbaseball.com

Want to pay by credit card ?

Who Were The Top Performers at Monday’s College Showcase

For the second year, we partnered with Diamond Spikes Baseball and MaX Effort Baseball to host a college showcase on Martin Luther King Jr. Day. The feel was much different in the pandemic world than last year. We had roughly half the players – who had their masks on throughout the duration of the event – and there was no spectators allowed aside from the 20 college coaches.

I feel extremely fortunate that we were able to pull off the event despite the pandemic and I truly believe it will benefit many of the players who attended. The 2023s and 2024s were able to get their first or second experience playing in front of college coaches with every move and metric documented. For the 2021s and 2022s, they will certainly garner some interest from the coaches that were in attendance.

I’m going to break down some of the top players more in-depth, but first here’s a list of the top metrics that were recorded.

Lynn was the hardest thrower of the day – topping at 84 and sitting in the 81-82 MPH range with his heater. Overall, he’s just a solid ballplayer as he performed well in all aspects. He ran a solid 4.09 down the line, recorded a peak exit velocity of 90 MPH and also was one of three outfielders to throw 85+ with a crow hop. With his 6’2 200 lb build, he currently has the look of a mid-major Division-I player.

Daly recorded the highest exit velocity of any player at 93.2 MPH. Based off that, it’s easy to get excited about his future. Add in the fact that’s he’s 6’3 205 lbs and ran 3.9 down the line, he can play tight end for the Bulldogs this spring. What impressed me was that he showed the ability to drive the ball to right center field during BP and wasn’t simply looking to yank the ball. During outfield drills, he topped at 86 MPH from a crow hop. On the mound, he was 82-83 MPH with a 71 MPH breaking ball that had slider tilt. One coach noted that his fastball “plays up” meaning hitters will react as if it’s harder than 83 MPH due to his deception and vertical drop. I would describe it as a “heavy ball” and probably one that will induce plenty of grounders. The change up was certainly a work in progress but even with two pitches I think he can be effective at the varsity level.

Nicholas was the youngest player in attendance and was towards the tops in every category. He has an extremely bright future ahead. He started off the day by showing off his blazing speed running 3.8 down the line. He followed that up during outfield drills where he threw 80 MPH – which is already ahead of the curve for players his age. His most eye-opening moment was his round of BP where he not only consistently squared the ball up, but recorded 90.5 MPH exit velocity. And mind you, he’s 5’8 145 lbs so that is significant strength for that size. Judging by those numbers, he’s a varsity player right now and if he grows – watch out, he will be a dangerous hitter.

The first thing you notice about JJ is how far he’s come in a year. Always a talented player, but he transformed his body in a year and now is much more lean and athletic than at last year’s event. His biggest improvements came in foot speed, where he knocked over a second off of his 30-yard dash time down to 4.34 and most notably, his pop time which was 2.33 last year and he had one throw at 1.99 today. I dealt with some comments on Instagram that questioned the validity of that number considering it’s right around the Major League average. Here’s the thing: I was sitting next to the person holding the stopwatch so it’s not second-hand information. Secondly, it’s not a game situation. Clearly, during a showcase a catcher can creep closer to the plate and there’s no fear of a batter hitting you on his swing. So that number would increase during the game, but during a showcase setting, that’s still widely impressive. By any metric, he has improved significantly in a year and he’s still a sophomore. JJ’s athleticism will allow him to play second base as well. At the dish, he has some power as shown by his 83 exit velocity which is +10 MPH improvement over last year.

Del Vecchio is one of those players you need to watch in-game a couple times to truly appreciate and that’s no knock on him. College coaches will often say that about a middle infielder, top-of-the-order hitter that doesn’t have one tool that is exceptional, but has no glaring holes in their game. I’ve seen him have success in games that leads me to believe he fits in that category. He ran a 4.2 down the line and has very good agility so I think he can handle most plays a second baseman is asked to make. At the plate, he probably had the most consistent round. Many hitters hit some foul balls and pop ups – but he was routinely squaring the ball up. The 83 exit velocity doesn’t stand out, but he’s also a 10th grader that’s 145 lbs. I think once he fills into his 5’10 frame, that will become more formidable.The 76 MPH arm strength from second is enough to make the plays.

Whalen is a natural born hitter. He’s really that type that can wake up at 3am and hit a line drive. He has an innate ability to barrel up. His exit velocity of 92 MPH is exceptional for a 10th grader. His bat plays and I think it’s varsity level right now. Defensively, he has sure hands but I would like to see him improve his agility to make those difficult plays that a third baseman needs to range for. The arm strength of 78 MPH is enough for third but should improve as he gets older. On the mound, I think he can be a reliever at the varsity level. He topped at 74 MPH but threw strikes and has a feel for his breaking ball which has 11-5 shape.

Deall, an uncommitted senior, certainly has the look of a player that benefitted from this type of event. There’s no reason he can’t play at the Division-III level. His 4.0 speed down the line is above average, he showed some pop with an 86.2 exit velocity and had the best outfield arm strength at 88 MPH. On the mound, he topped at 80 MPH with a 65 MPH curve.

Gitto had the second quickest pop time at 2.01 and has an extremely quick transfer. You can tell he has logged plenty of innings behind the dish wish his comfortability. His exit velocity peaked at 85 MPH which is good for his age. Under normal circumstances he would compete for a varsity spot as a sophomore, but St. Dom’s does have a Division-I catcher in Dom Camera.

Definitely is the definition of a power-hitting first baseman. Standing an intimidating 6’5 250 lbs, when he squares the ball up, it will go a mile. He can get jammed on inside pitches, but when a pitcher makes a mistake out over the plate he will deposit it. His 76 MPH arm strength is enough to make the throws across the diamond for a first baseman. He has dabbled on the mound as a pitcher, but his future is at first/DH.

Charlwood was going to be a varsity pitcher as a freshman in 2020. He has the velocity, as he sits 77-78 MPH and touches 79. He needs to improve the fastball command as he often missed up in the zone, but that could be attributed to January kinks or maybe some jitters. In our Axcess Invitational last July, he was terrific for the Jr. Ducks. He also spins it well, with a 69 MPH breaker. He should be in the varsity rotation this year and hopefully will continue to improve the arm strength as he puts on some mass.

Ventura is already a college player but is looking for a spot at a four-year school. He is a 2019 graduate of Lindenhurst HS where his team made a memorable run into the playoffs after looking like they had no chance a month earlier. He does everything pretty well, including his blazing speed down the line which was the quickest among all players. The outfielder has an adequate arm but with his speed, he makes up for that in terms of range. At the plate, his 92 exit velocity was among the tops in attendance as well.

Schieble was also at our event in September and I noticed how smooth his lefty swing is. His HS coach stated that he would’ve had a chance to start at the varsity level last year. I think he’s going to be an impact bat this year. He recorded a peak exit velocity of 85 MPH which is not elite but his ability to make contact slightly negates that. He showed the propensity to barrel the ball ip and he also has potential on the mound. The southpaw topped at 73.5 which isn’t going to overpower anyone but showed command of his breaking ball that will be a good counter to any hard-throwing right-handed pitcher that precedes him.

Vinny is the President of Axcess Baseball. He is a 2013 graduate of Adelphi University and he is currently the Long Island area scout for the San Diego Padres 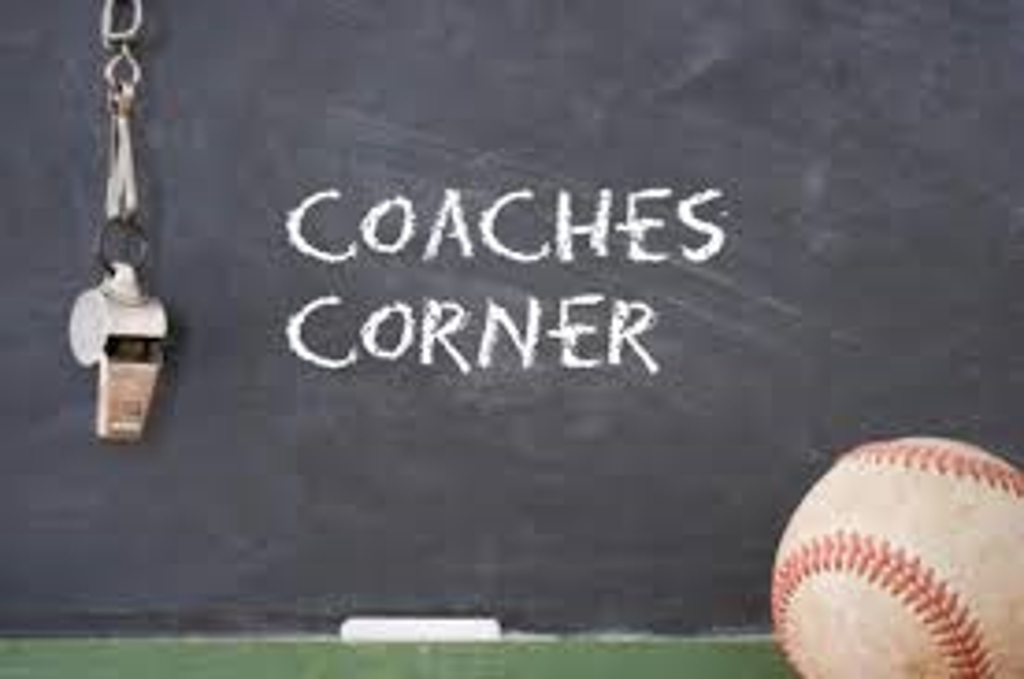 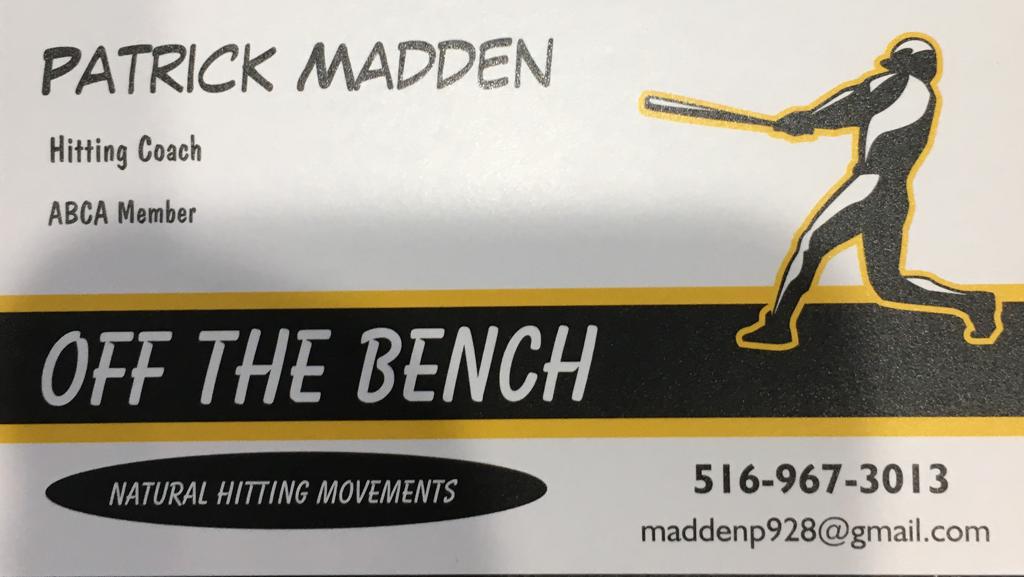 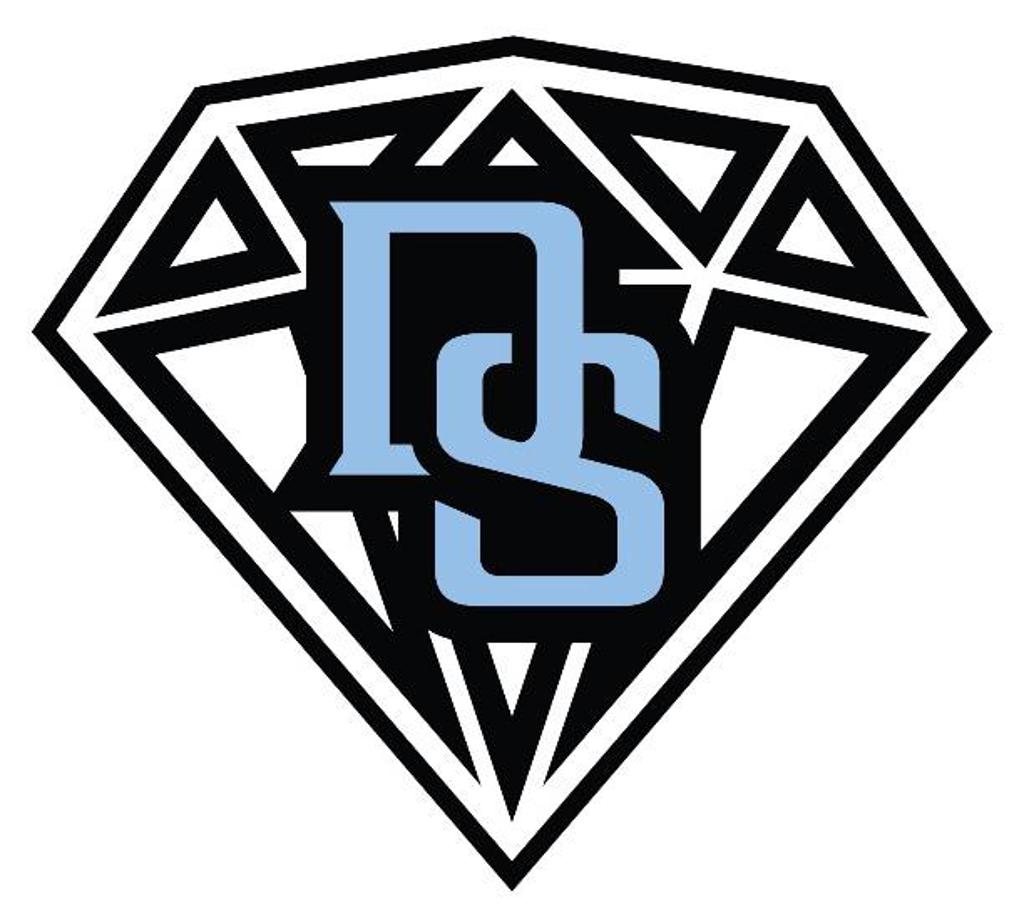 @BlueChipCBL Spikes walk off on Cardinals in the 8th with HR by Manetta. Final 4-3

RT @axcessbaseball: Starting pitcher Glen Saenz discussing his complete game, 2 hits/3 rbi day and how it feels to be a champion! https://t…

RT @axcessbaseball: No. 1 Jr Ducks vs No. 4 Diamond Spikes in a 14u semifinal https://t.co/oyTv7Xkxkg

RT @axcessbaseball: Spikes get on the board in the first inning on an E4 https://t.co/nkHyeaPdgr

RT @axcessbaseball: Ducks tie it up in the second inning on a stolen base + E2 and take the lead on an RBI double https://t.co/AQdRmd3oSh

RT @axcessbaseball: On to the 4th with the same score. Both pitchers getting out of tough situations. https://t.co/9oXx7xJEKH

RT @axcessbaseball: Diamond Spikes up 10-0 on Freedom Baseball in the 2nd inning https://t.co/UDfXpny8Ge

RT @axcessbaseball: Diamond Spikes get on the board, but still trail 5-1 with the fifth about to start https://t.co/JcpzXD3DW8

A Portion of all profits are donated to the following charities in the name of our Players and Coaches. 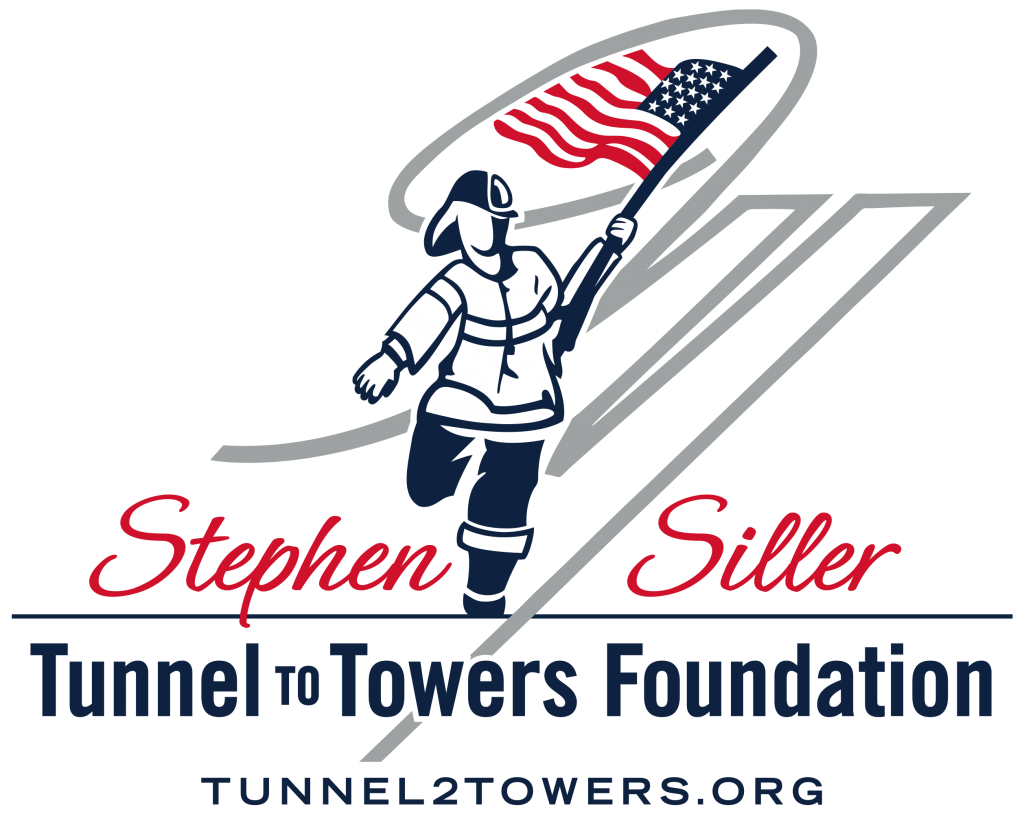 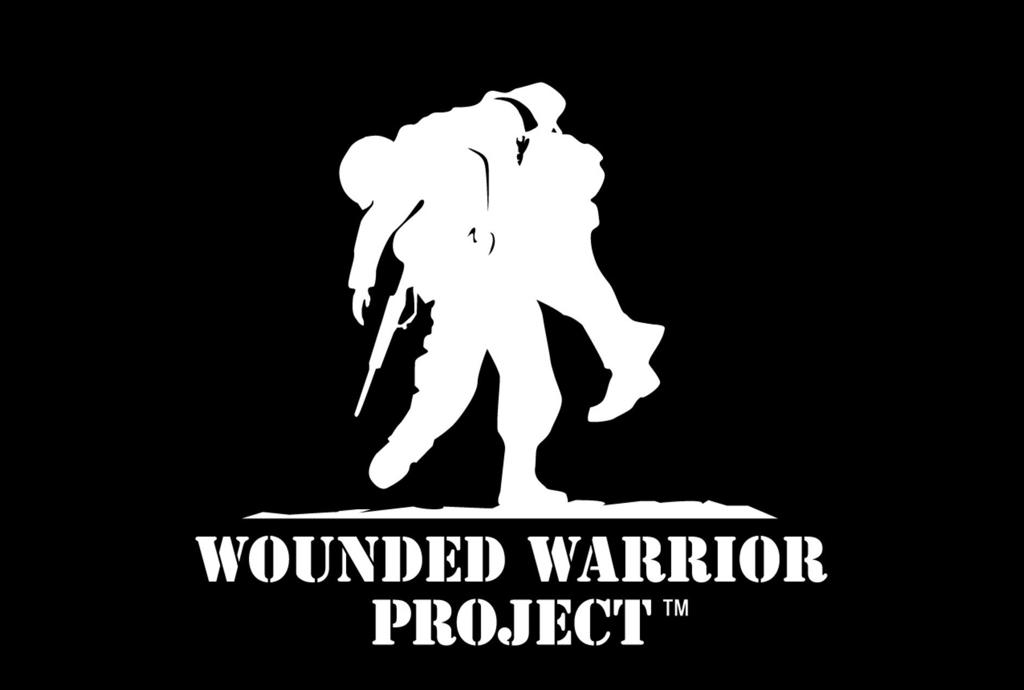